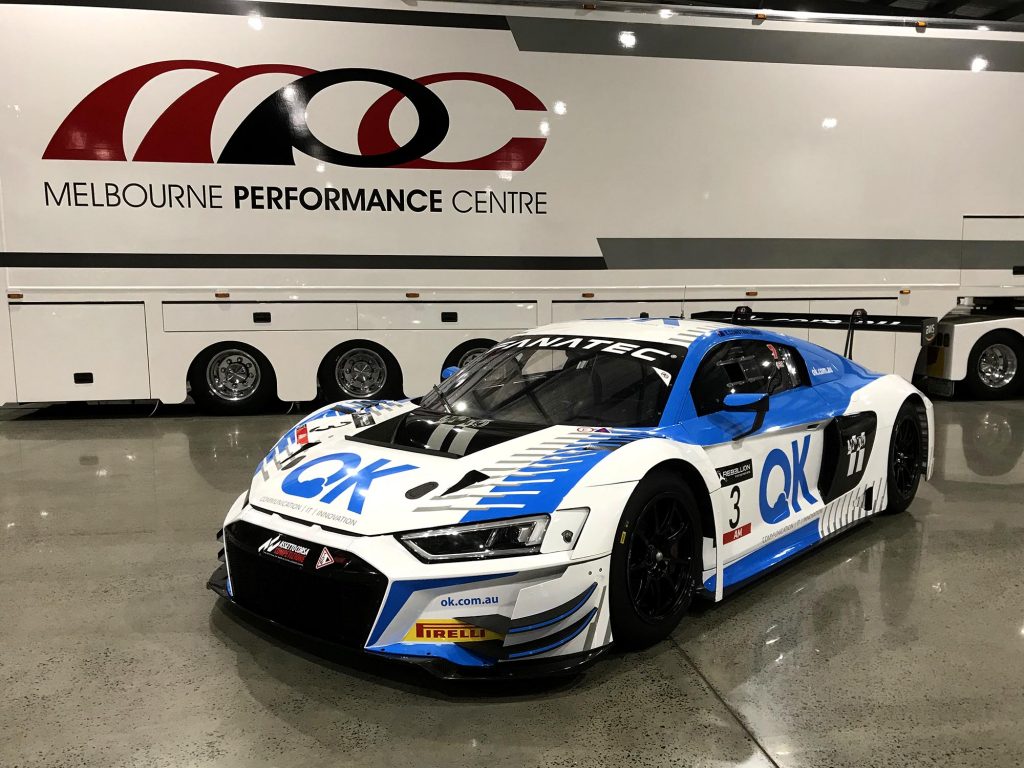 Two latest-specification Audi R8 LMS EVOs have landed in Australia and will compete in Round 3 of the Fanatic GT World Challenge Australia Powered by AWS at The Bend Motorsport Park.

Bill Pappas has upgraded to the new car after competing at Phillip Island in a older model Audi, while Eric Constantinidis will make his national racing debut in the other new Audi entry.

Racing friends Pappas and Constantinidis have contested many road car-based sprint events together, and have now elected to raise the bar and compete in Australia’s number one GT category.

The pair will get their first taste of their new Audi R8s at The Bend Motorsport Park this Tuesday, alongside many other GT World Challenge Australia competitors.

Pappas says that he is looking forward to sampling the latest-specification Audi in what will be his first visit to The Bend.

“Because of the enjoyment that we get from racing, and being ambitious old blokes, we decided to take our racing to the next level and get serious about the GT class,” said Pappas.

“It will be something new for us. Both Eric and I stared in road registered Porsches, and that has led us to where we are today.

“One of the appealing aspects of GT World Challenge Australia is the cars themselves. Of course, you need a level of skill, but there are very enjoyable and tolerate for the drivers. That can bring you a little closer to the elite drivers.

“But I’m really looking forward to getting there. The test will be super important for familiarisation and practice is vital.”

For Constantinidis, it will be his first serious motor race, although he has plenty of experience in driving fast on race tracks. He unofficially broke the Mount Panorama production car lap record last year in his Porsche 991 GT2 RS.

While he acknowledges this will bring a range of new challenges, Constantinidis is confident of a strong showing.

“It will be my first time going door to door, and I haven’t sat in the Audi yet, let alone drive, but the test day on Tuesday will help,” he said.

“I’ve been guided this way by Bill. I got him into road racing, and then he got an old race car and it snow balled from there, so we’re going through this journey together.

“It will be a learning process, for sure. Compared to the Porsche GT2, I will need to understand how to lean on the aero. That will be the biggest thing, but I’ll build up to it.”

The Melbourne Performance Centre will have nine Audi entries in total for Round 3, including the Pro/Am championship leading R8 of Yasser Shahin and Garth Tander, who will be aiming to improve on their current run that includes three wins from the four races held.

It is expected that over 20 cars will enter the third round of the championship, supporting the Supercars Championship on May 7-9.